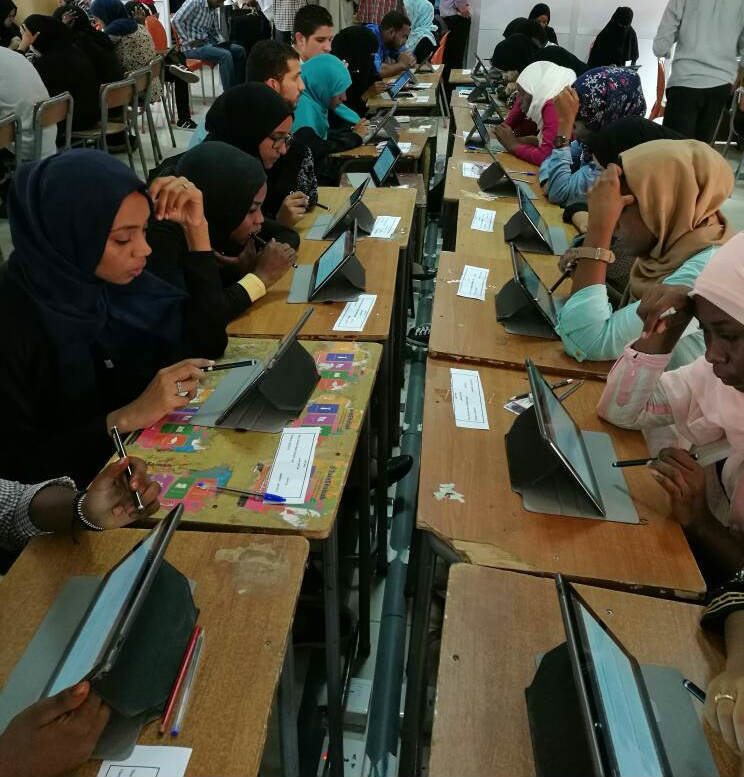 The computerized examinations of the Faculty of Nursing and Physical Therapy at the University of Al-Neelain have been successfully completed making the University the first university in Sudan to apply the computerized exam through the tablet computers. The use of the tablet PCs comes after the University was granted a number of 2,000 as a charitable contribution.
The Computerized Examinations of the University colleges were announced after Professor Kamal Hashem, the University Vice-chancellor, announced the computerization of all departments and faculties of the University. The Vice-chancellor directed to distribute a tablet PC and a 4G SIM card to the Deans' Council members. In addition, Prof. Al-Samani Abdulmutallab, the University Principal, directed to give all the academic registrars a tablet computer to use in the process of issuing the graduation certificates for students, in conjunction with the new program for the issuing of certificates, which he designed and dedicated to the spirit of his late mother who passed away.